Travelling with a baby 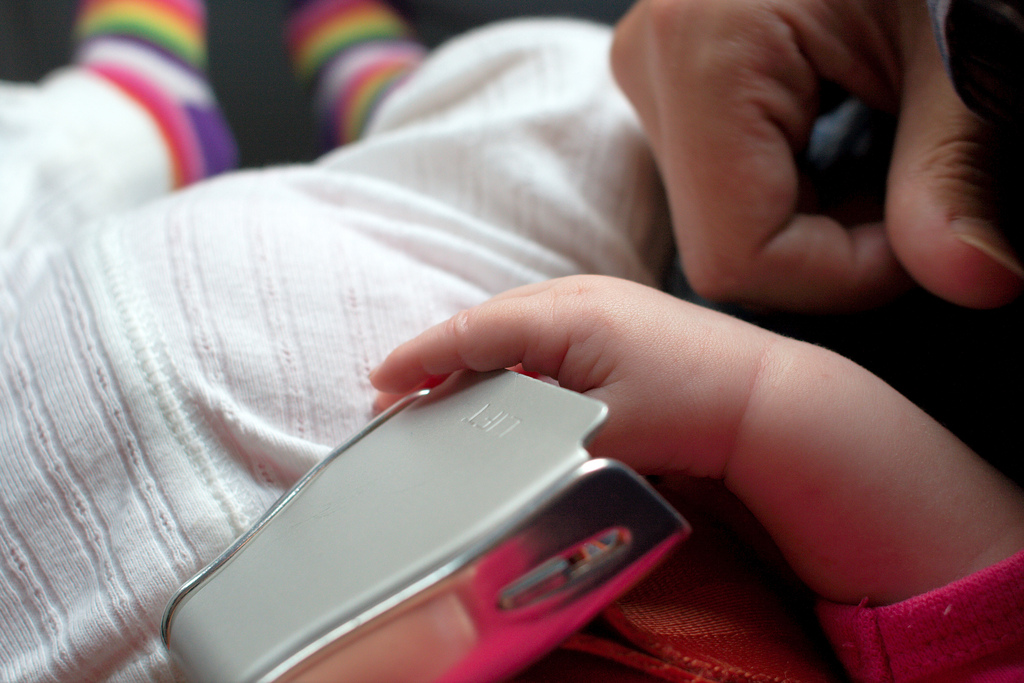 Star was a prolific traveller as a baby. By the time she was two she had been on some nineteen (return) flights. Once she hit two we got her a Frequent Flyer card! Here’s where she went during her first twelve months: (flying out of Melbourne, Australia)
Four months: Cairns for a conference
Five months: Perth staying w family
Eight months: Noosa for a beach holiday
Nine months: Japan for a snowboarding trip (we boarded, she went to a creche) then Korea for a friend’s wedding

Here are some tips for travelling with a baby:

Airplane travel
Babies are surprisingly portable. I love that they’re so small and can’t walk! Of cpurse there is that wee problem of them needing to nap a lot, and as older babies they just. Want. To. Crawl. Everywhere!!

Some of the following suggestions may make airplane travel easier with a baby:

1. Pack a diaper bag. A separate little bag with just the change essentials like wipes, a nappy, changemat and nappy sacs. Fish this out when you need to change. Much easier than bringing the entire nappy bag.

2. Bassinet seats are great and all but really, unless your baby is a good sleeper, the bassinet will only be used to hold your gear while you hold your (awake) baby. (On overnight flights though do try and get a bassinet – little babies get surprisingly heavy if you have to hold them for 8 hours!) but for shorter domestic flights, why be up the front of the plane in a noisy section jam-packed with other children? Ask for a seat at the rear. Not only do you get a higher chance of an empty seat next to you, it’s quieter, more private (away from those eyes, you know, those people who don’t like kids and try not to look at you while you jiggle your noisy baby, but end up glancing daggers at you anyway) and there’s more turbulence. Yes turbulence. Unless you get very airsick, turbulence is a mother’s best friend! Hello sleeping baby! I once read half a novel courtesy of this clever trick.

3. Make sure your baby looks absolutely adorable when you check in. Make an effort, dress them in a (clean!) cute outfit etc. I put pigtails on Star when she was five months old and I was travelling alone. The stewardess checking her in fell in love with her and immediately blocked the seat next to me so I had two seats to myself. Worth a try and if anything your fellow passengers may be a little more tolerant of you and your baby.

4. Travel on a weekday but not during commuting times. It’s probably going to be quieter and there will be fewer business people rattling their newspapers in annoyance and more sympathetic parents giving you a smile of encouragement as you pace the aisles.

You know all the rest – like feeding the baby on the way up and on the way down, bringing spare outfits for you and baby onboard etc etc.

Other travel tips
Baby hire companies are a parents’ best friend when travelling. There is no need to forgo the comforts of home, or bring everything but the kitchen sink. Even though airlines let you check in a stroller or child seat, they are a bummer to tote around the airport. You can hire strollers, child seats, bassinets, high chairs, even playgyms and buckets and spades for the beach, for a reasonable cost. Some companies will even have your essentials, like nappies, delivered to your accomodation.

Try to get one-bedroom places as much as possible. It avoids the unfortunate situation of spending your nights sitting in the dark, trying not to wake the baby. Yes I know you can drink beer at the same time but really, it’s not that much fun.

Scope out the kid friendly facilities at the airports you’re visiting. Narita Airport had a wonderful (free) play area which allowed Star to get her crawling time before a long flight home.

A place with a laundry can be a lifesaver!

So there you go, have baby, will travel. Good luck and happy travels!

Like Loading...
Author: admin
Filed Under: Blog
Tags: musings on motherhood, travel
Getting back to running after pregnancy, week 5
Why HIIT is highly effective for weight loss