To Change Your Health, Look To Lifestyle First 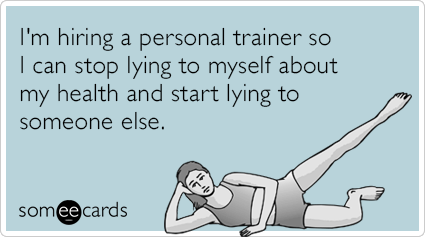 I know I bang on about this an awful lot, and the truth is that we all kind of know this but it’s hard to put into practice. There’s so much delicious food to eat, so much wine to drink, and so much time to sit and eat and drink and not enough time to go for a walk or ride a bike. Then there are jobs to do, kids to chauffeur, dishes that need to be done, bills to be paid, dentist appointments to meet. And to be honest, one of the reasons why doctors seem to rely on prescribing medication so much is that we talk to our patients about diet, exercise and quitting smoking and often nobody listens, so we’re forced to get out the prescription pad in an effort to reduce heart attack risk. It’s easier to prescribe a pill and patients are more likely to take a pill than to go to the gym. That’s not saying that there aren’t people out there that are very motivated to make changes; it’s just that the reality is that changing old habits is pretty hard to do. I recently read about two very large studies that reminded me, though, of the powerful effect of lifestyle changes on health. When I say health, I often mean longevity, and that means freedom from some of the major causes of early death – heart disease and strokes, and cancer. These two studies are stark reminders of the impact of lifestyle changes on heart disease and stroke risk. Far more than the modest effect of cholesterol-lowering drugs, which can cause significant side effects. (I do prescribe these but only if heart disease risk is moderate-high, and if we have exhausted all possible lifestyle changes). One study, which followed 20,000 Swedish men over 11 years, suggests that 80% of heart attacks can be prevented by attending to all five of the following risk factors: a healthy diet, regular exercise (40 mins or more daily), light drinking (1 drink a day), not smoking, and maintaining a healthy weight. I know, it really isn’t rocket science. Sadly, only one percent (that’s right, 1%!!!) of men kept all their risk factors low. But never fear. Even getting one thing right will reduce risk of heart attacks significantly.

Another study, which followed over 7000 patients for 5 years, found that supplementing a Mediterranean-style diet with olive oil or mixed nuts resulted in a 30% reduction of risk of having a heart attack or stroke after only 5 years, compared to a group that was told to follow a low-fat diet. It seems that the type of fat we eat is more important than whether our diet is low fat or not. Unsaturated fats like the ones in olive oil and nuts are heart-healthy whereas saturated fat is thought to be damaging. And it’s amazing, to me, that relatively simple diet changes can lead to such an impressive change, without the use of drugs.

So what is a heart-healthy diet? It’s one that’s rich in fruits, nuts, legumes and vegetables, with some consumption of whole-grains and low-fat dairy. You can find a great introduction to the Mediterranean diet (no it doesn’t mean lots of pasta…) here. Exercise is something we all know we could do more of; there are also clever ways to avoid being too sedentary such as getting a standing desk, or making your everyday commute more active.

What about cancer, another common cause of early death? The WHO recently released a 12 -point code on how to reduce your risk of developing cancer. Not many surprises here (avoiding smoking and alcohol, keeping a healthy weight, healthy eating, cancer screening, sun avoidance being some of the measures recommended) except for testing your home for radon, a natural gas that is linked to cancer. I had never heard of radon and have found this guide to testing your home for elevated radon levels. I’d urge everyone to look at the 12-point code against cancer.

It’s exciting, in many ways, that good health is within our control – it minimises the feeling of being victimised, of feeling vulnerable because of Big Pharma, Big Tobacco, Big Food or whatever Bigs we often blame for our ills. Each one of us can carve out a healthier lifestyle which will reduce whatever genetic risk we inherited. Wishing you years of health and happiness! Like Loading...
Author: admin
Filed Under: Exercise, nutrition and weight loss
My Personal Philosophy On Eating
How Being Overwhelmed Affects Your Health (And What To Do About It)

1 thought on “To Change Your Health, Look To Lifestyle First”